New normal is now “near” normal 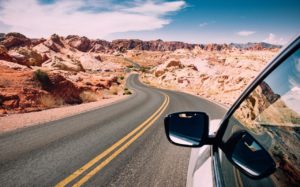 The easing of restrictions actually allowed my wife and I to go on something called a vacation.

That’s right, we literally got in our car and racked up thousands of kilometers on a trip to British Columbia which had previously banned the horrible hordes of easterners from Wild Rose Country. We visited the family at a distance and stayed at our favorite coastal resort on Quadra Island. We even did socially distanced winery tours in the Okanagan on the way home. Of course, we didn’t bring back dozens of bottles of bubbly across the provincial border because that would be illegal.

Here in Edmonton, our new normal involves old habits such as occasional dinners on restaurant patios and weekend brunches with bubble friends and family. I’ve even ventured out to the fitness
centre to strengthen my hip in preparation for a previously postponed replacement, and to work off the patio dinners and brunches.

Masks, of course, have become a necessary accessory. Mine hangs from my aging Toyota’s rearview mirror, through which I hope to figuratively view the pandemic in the not-to-distant future.